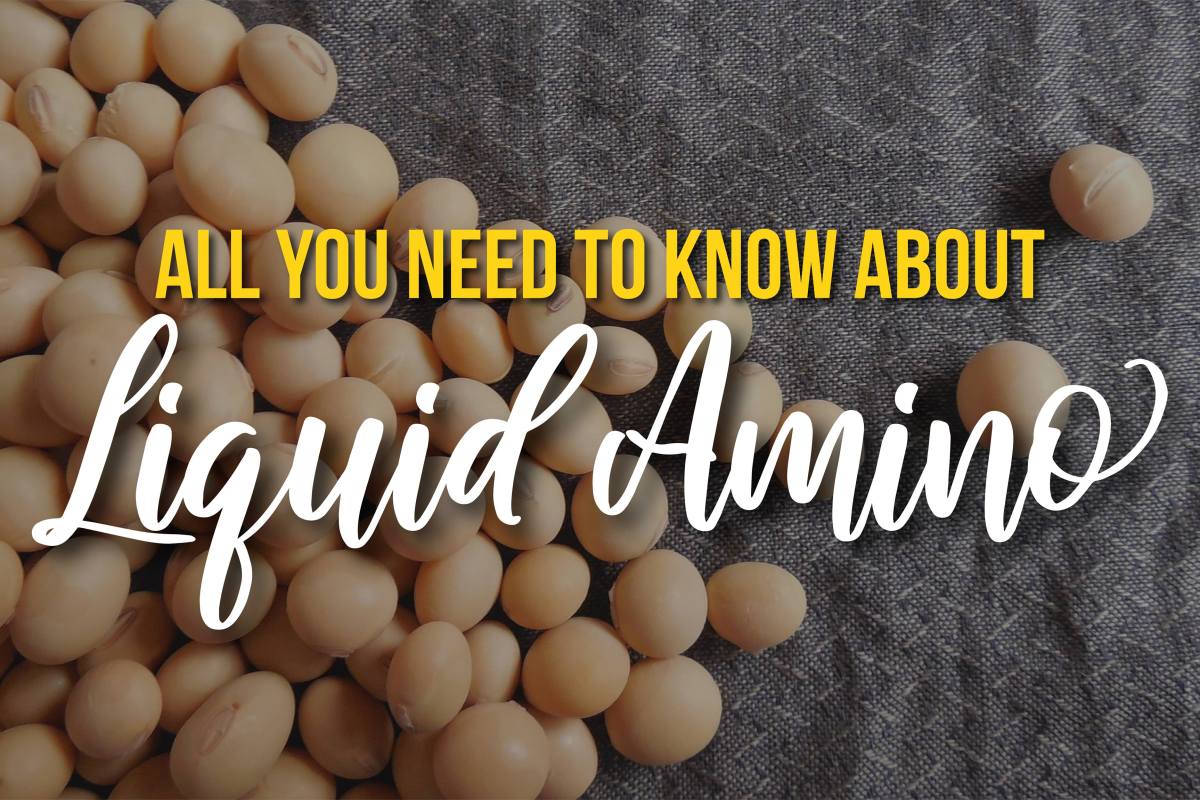 Liquid amino, maybe some of you already use it, or you don’t even know what it is. Being a vegan, or gluten-free diet, you might be aware about liquid amino. Many use it as an alternative for soy sauce. But to people who haven’t know it, let’s take a look about this!

What is Liquid Amino?

Liquid amino is an ingredient or condiment that is used as an alternative to soy sauce. It is made from soybeans and contain complete proteins. Overall, it looks and tastes just like soy sauce, though it is a little sweater.

Essential amino acids comes from animal sources of protein such as milk, eggs and meat. For vegetarians and vegans, it comes from plant-based proteins such as beans, nuts, whole grains and seeds.

When you eat a protein food, the natural hydrocholoric acid in your stomach digest the protein and releasing amino acids.

Even though liquid amino, soy sauce and tamari are made from soybeans, there are several differences that makes liquid amino special, which is:

Alcohol free: Because it is not fermented like soy sauce, liquid amino don’t contain alcohol

No MSG: Liquid amino is free of added MSG, unlike soy sauce.

How to use Liquid Amino?

Liquid aminos can be used to substitute soy sauce in any recipe. You can add it to your food, stir fries, soups, salad dressing, meat or tofu for a delicious but healthier umami taste.
If you want to spray it on food, you should take 2/3 liquid aminos to 1/3 distilled water. Don’t drink from the bottle, because they also contain a very high salt from its own concentrated sodium.

How Much Liquid Amino You Should Eat a Day?

Recommended Daily Intake standards is 2400 milligrams a day.
1 teaspoon of liquid amino contain 320 milligrams of sodium, 580 milligrams of protein, 200 milligrams of carbohydrate and zero calories.
If you are in a low salt or sodium diet, you can take just a few teaspoons a day for seasoning.

How to Preserve it?

You don’t need to store liquid amino on refrigerator. But it is recommended to keep it in cool and dry places, and out of direct sunlight. It is better to use liquid amino in 3 to 6 months after you open it to maintain its quality. If you haven’t open it, it has 3 years shelf life from the production date.

Don’t drink directly from the bottle, because it is still high in salt. Liquid amino is not recommended for people who is on no sodium or no salt diets.

Liquid amino can be a great substitute for your soy sauce. This way you can still have the delicious flavor you are looking for when cooking, but in a healthier way. Natural health food is a good way to improve your health without worries of any negative implications to your body.